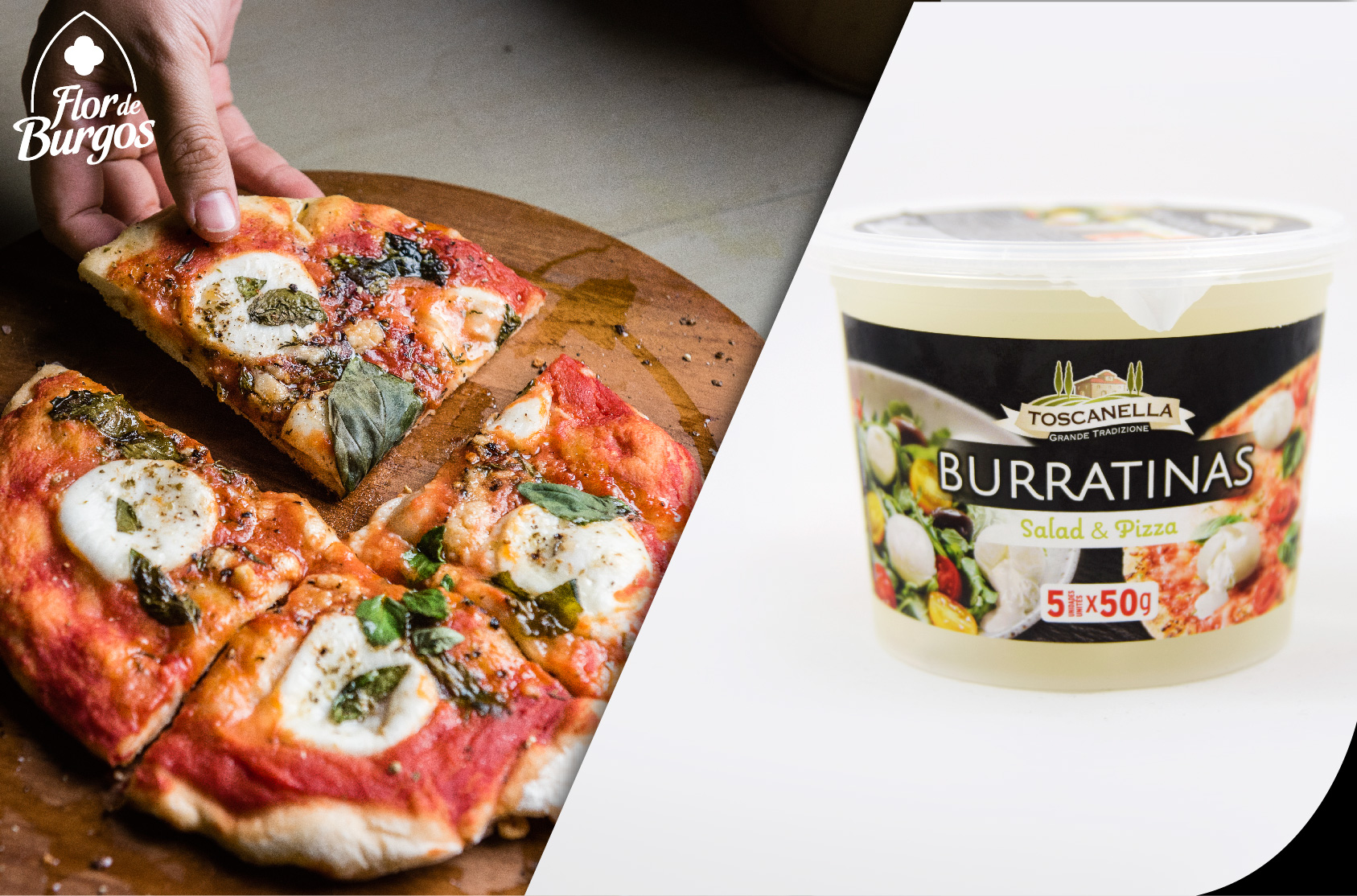 Posted at 12:05h in Products by Flor de Burgos

Wrapped in a white porcelain sack, the burrata has become one of the cheeses most appreciated by restaurants and foodies from around the world. Why the fame of this dairy jewel?

Burrata is a truly strange name in Spanish. It comes from the Italian word donkey, which means butter, since the creamy and smooth texture of this Italian cheese is reminiscent of butter.

It is a typical product of the Apulia region, in southern Italy. Today it is a cheese known throughout the world, but until recently it was something exclusive to this Italian area. It began to be made in the first decades of the twentieth century to take advantage of cream and mozzarella not sold by a craftsman from the town of Andria. It was about optimizing the raw material in a poor region at that time.

How is the Toscanella Burrata made?

The burrata is made with cow’s milk and is, like mozzarella, a cheese of spun pasta. In fact, we could say that the burrata is the creamy stuffed sister of the mozzarella. Its exterior is a thin sheet of mozzarella that is molded and kneaded until it reaches the shape of a sack. This base is filled after stracciatella. No, it is not the well-known ice cream. In the burrata, the mixture of shredded mozzarella in threads with cream is called stracciatella. Stracciato in Italian means torn or torn apart. This filling, together with the texture and elasticity of the outer bag, determines the quality of the burrata. So that all this delight does not go away, a knot is made at the top. The next step is to immerse it in cold water so that it does not lose its characteristic shape.

In addition, since this fresh cheese was created, several variants have appeared. The truffle burrata, the burrata made with buffalo milk or burratin, smaller than the traditional burrata and with a thicker mozzarella layer than the larger burrata.

To consume it and to better appreciate its flavor and consistency, it must be left at room temperature one hour before its tasting. It is a very versatile cheese. It is ideal to take it, for example, with fresh tomato, salads, figs, pizza, on a good artisan bread, in a pasta dish or, as we like, without company. He has enough entity to be able to reign alone.